So, this was the fight mentioned a little while ago.  It involved a car driver and a taxi driver.  I understand the taxi driver opened his door onto a car he cut off.  The car driver then smashed the mirror off the taxi and then all hell broke loose.  The guy in the black (I presume the gaaitjie) was whacking the car driver on the head with a rock he had picked up off the ground, hence the blood.  The guy in the white, the taxi driver, was bleeding because of the hits from the car driver’s fists (legit in a street brawl :P).  Anyway, there just happened to be a police car driving up the road to break it up, but there were other trying to stop it.  Not entirely happy with the photos, but I blame the champagne that had preluded this. 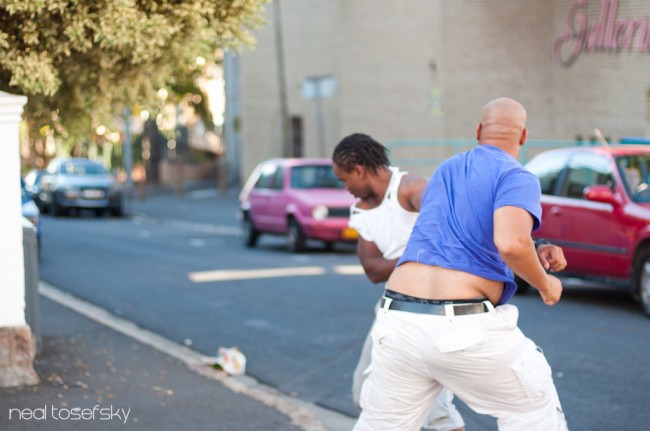 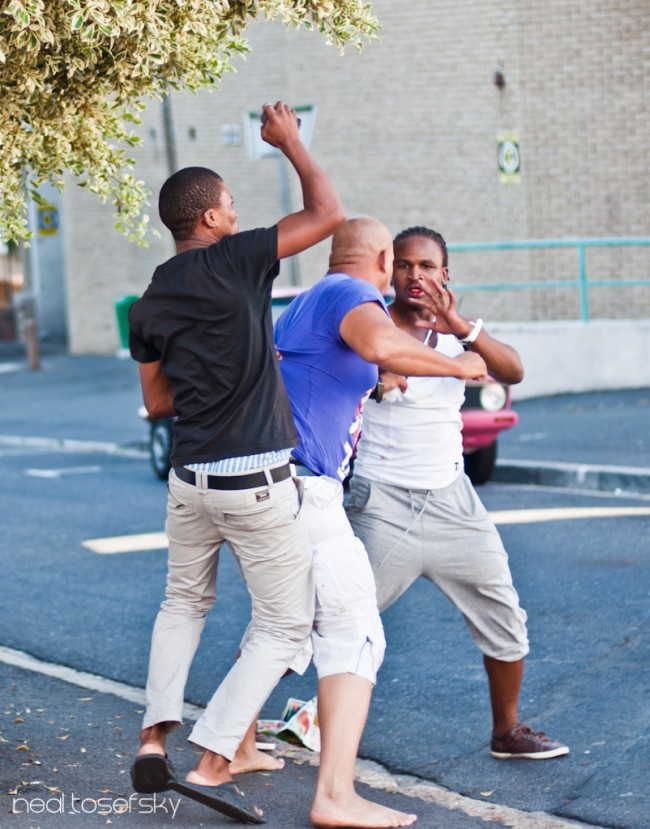 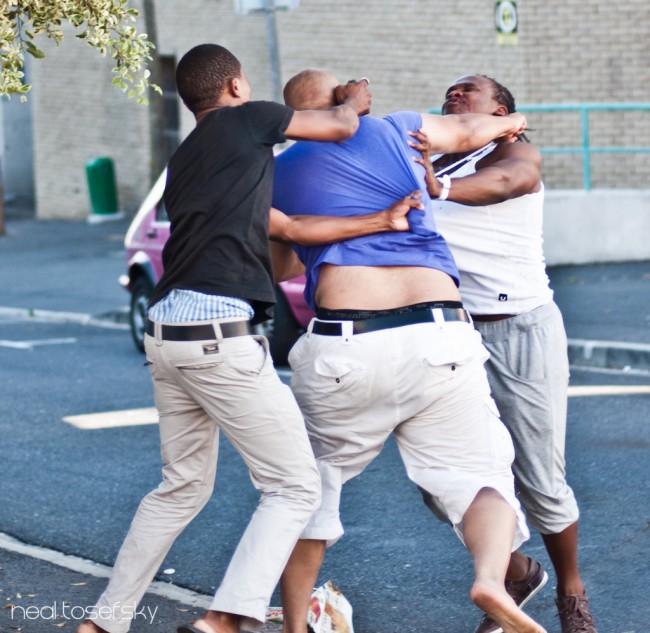 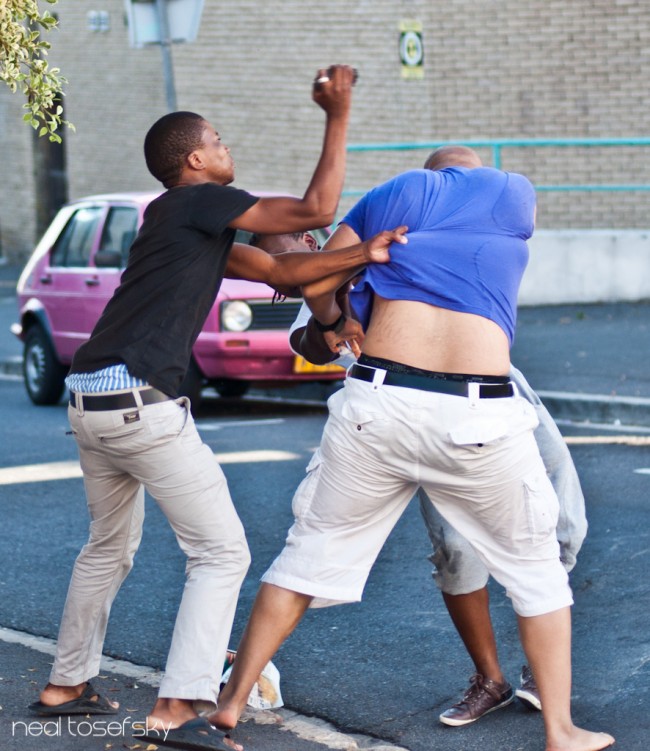 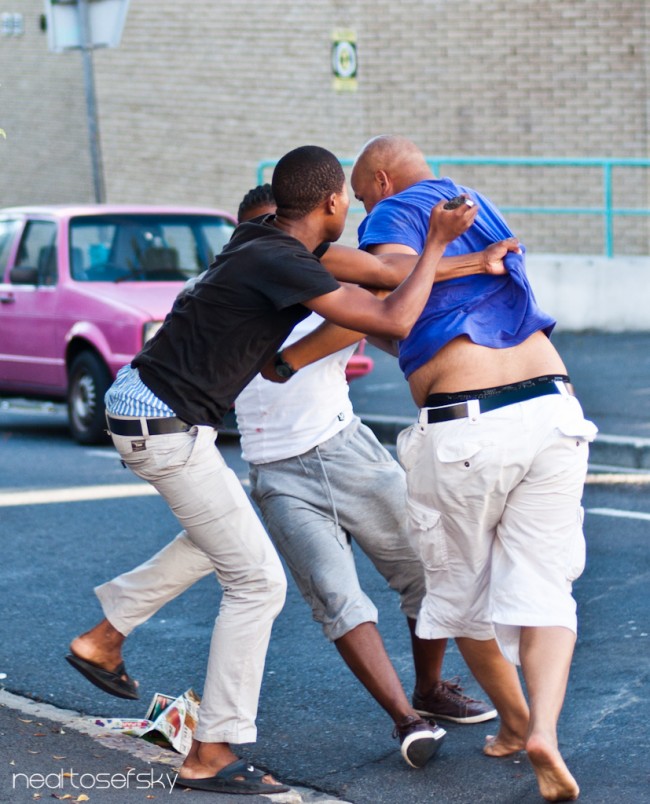 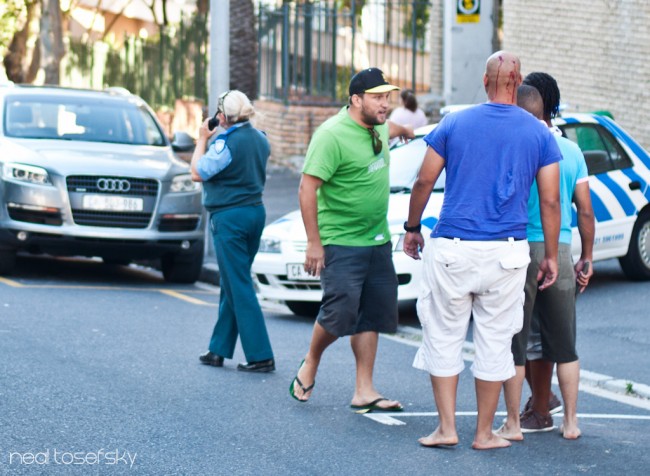 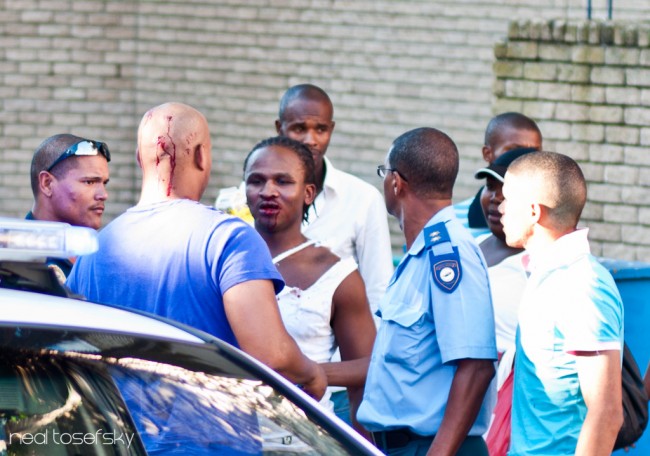 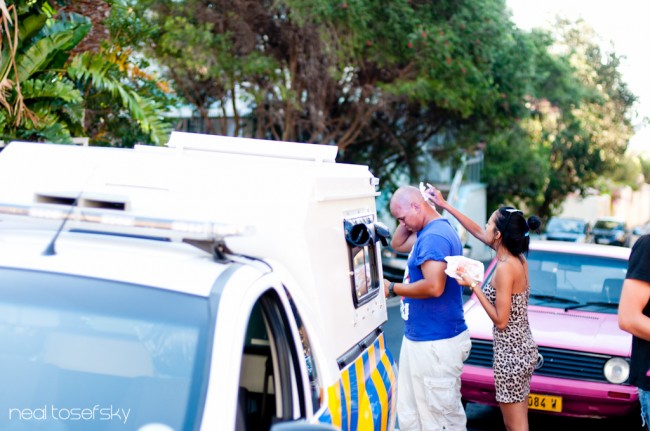 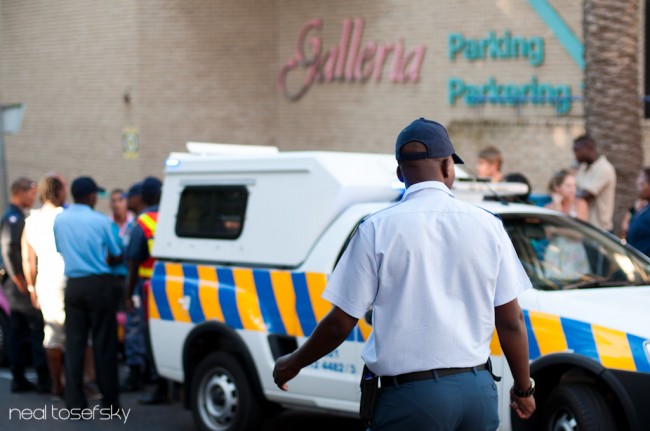